A Night in the City (DiMucci, Madden, Price and Marshall)

“A Night In the City” brings the much-anticipated return of Michael Dimucci, Phoebe Madden, Ritchee Price, and David Marshall to the Greenwich Odeum with an entirely new show. The November 1st concert features a variety of musical selections that a visitor might experience in New York, "The city that never sleeps”.The jazz club scene, torch songs in an intimate night club, the allure of grand opera at the Met (think Pavarotti), and, of course, the best of Broadway.  Join us for a "A Night In the City”, certain to be a highlight of the Odeum season. On November 1st, the Greenwich Odeum will transport you to the BIG CITY.

A Night in the City includes: 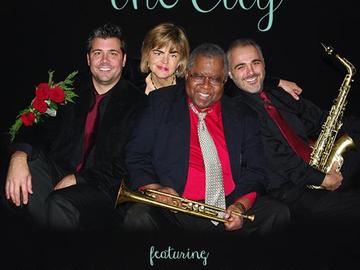