After the Show - Joel will autograph afterwards.  Along with the VIP Reception, this will be the sole opportunity to get an autograph.  There will not be an autograph session on Friday night.

Joel Hodgson, the genius creator of the Peabody Award-winning Mystery Science Theater 3000 (MST3K) comes to the Greenwich Odeum for an undeniably special engagement -- his one-man show: "Riffing Myself" PLUS "Joel's Favorite Shorts"   The mastermind behind movie riffing opens up about life and the origins of his comedic career, beginning with a quest to find the ultimate ventriloquist dummy.

Expect to delve deep into the history of B-movies, hear the legendary origin story behind MST3K and its humble beginnings at local Minneapolis-St.Paul station KTMA TV 23, and the host of TV pilots and other projects that have made up Joel's professional life.

Get to know the man who provided you with countless laughs on the Satellite of Love alongside Tom Servo and Crow T. Robot with an evening of rich stories, hilarious anecdotes, and some tender moments mixed in. 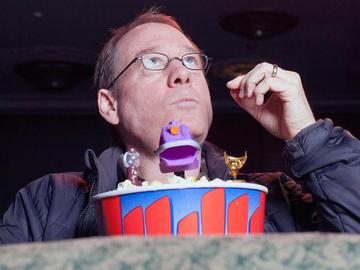 No refunds or exchanges